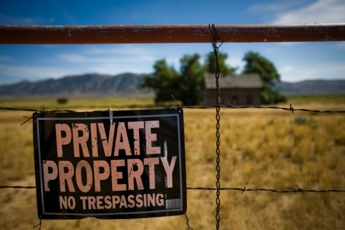 What Is Domestic Criminal Trespass?

Domestic criminal trespass: as the name implies, criminal domestic trespass means that after a spouse has left the marital home during a time of separation or divorce, that spouse may not return back to the marital home without permission from the spouse currently residing in the home. Doing so could send that spouse to jail for domestic criminal trespassing, which is considered a misdemeanor in North Carolina. Interestingly, it is estimated that criminal domestic trespass, although it could be used in nearly half or more of domestic cases, is not used as frequently as one would think.

The applicable North Carolina statute says “any person” who enters after being forbidden to do so will be guilty of the crime of criminal domestic trespass. This could include any party accompanying the spouse who attempts to enter the home either without express permission or against the demands of the spouse residing in the home. It does not matter if the spouses still own the property jointly or if one needs personal items from the home– if the spouse who left the residence re-enters the home without permission and against the wishes of the residing spouse, that spouse could be charged with domestic criminal trespass. The spouse living in the home must willingly allow the other to re-enter the home, or it must be arranged via legal counsel between the parties.

However, the statute only applies:

Moreover, if a spouse is on the premises and is asked to leave, his or her refusal to do so could constitute domestic criminal trespass under the statute.

Now, you may be thinking the statute only applies to married couples. The statute’s language actually protects more than just spouses: it states that the law also extends to “a person with whom the person charged has lived as if married,” thus covering a couple who has lived together in a marital-type relationship. By including this language, the statute expands beyond simply protecting marital rights, allowing more people to seek the protection of the courts in these situations. If you feel as if this law applies to you, or could apply to you, please contact our office to discuss your options.