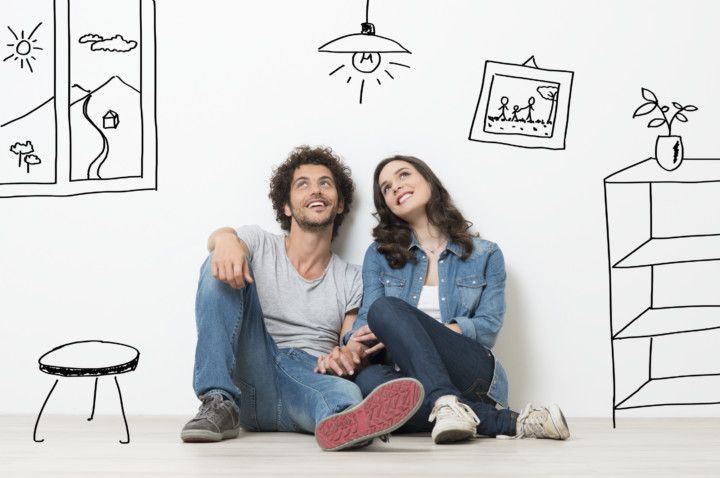 It’s no wonder cohabitation is a hot topic in today’s media: according to the U.S. Census Bureau, the percentage of unmarried couples who decide to live together has increased about 13% just between 2009 and 2010, and the number continues to grow.1 Based on this study, here are some trends in the growth of cohabitation:

Moreover, based on the National Survey of Family Growth2, the trends between those couples who stay together, those who separate, and those who marry are also noteworthy:

Couples choose to cohabitate for a variety of reasons, including financial need or testing whether marriage may be the right choice for them. The younger generation isn’t the only one deciding to cohabitate: in fact, only 35% of cohabitating couples are between the ages of 25 and 34, with 47% age 35 and older.3 With such a large trend towards cohabitation across the board, something all cohabitating couples should consider is creating a contract to protect their interests.

Whether a couple intends to get married or not, when two people decide to cohabitate their property interests can be put in jeopardy. Who gets the sofa, the dog, or even the apartment if these couples go their separate ways? What if one partner suddenly passes away without naming his partner in the will? Well-crafted non-marital agreements can be crucial in these situations as a smart and efficient way for cohabitating couples to safeguard their property interests. When a couple decides what to include in this contract, they are effectively deciding the rights and obligations each partner has to the other. These agreements establish rules regarding any property acquired during the cohabitation, specify certain property acquired before the relationship, and even indicate a plan in the event the couple splits up or one of the partners dies. Thus, if the couple does split up or if one partner dies, the agreement will define how to distribute any property interests included within the contract.

The best way to create this non-marital agreement is to see a family law attorney to set forth the terms of the agreement in writing. Furthermore, most courts hold that contracts where one partner pays for everything in exchange for “love” or “friendship” are not likely enforceable because this evinces sexual services as consideration. See, e.g., Suggs v. Norris, 364 S.E.2d 159 (N.C. App. 1988). Also, it is important to note that if the cohabitating couple does marry, their cohabitation contract is no longer valid, and before tying the knot, they may want to consider composing a pre-marital agreement to protect their rights and property interests. If you are curious as to what such an agreement might look like, visit this website to see a sample non-marital agreement:

North Carolina recognizes non-marital agreements, whether express or implied, so long as sexual services are not included as one party’s contribution. The court in Suggs v. Norris also indicated that for disputes arising from these contracts, the aggrieved party can request recovery under a quasi-contractual theory on quantum meruit. Suggs, 364 S.E.2d at 162. Recently, in 2008, the court in Rhue v. Rhue reaffirmed the rule from Suggs. Rhue v. Rhue, 658 S.E.2d 52 (N.C. App. 2008). Thus, it is crucial as a cohabitating couple in North Carolina to construct a legally binding contract to safeguard both partners’ interests.

For cohabitating couples that do decide to get married, even more complex issues arise. When these relationships end in divorce, questions surface about the equitable distribution of property, both marital and premarital. After all, since the couples lived together—often for a significant period of time—before marriage, it’s highly likely they acquired property together before actually getting married. However, during the property distribution of a divorce, it is very difficult to argue that such premarital property should be considered “marital.”

According to North Carolina law, property acquired before marriage but during cohabitation cannot be classified as marital property. McIver v. McIver, 374 S.E.2d 144 (N.C. App. 1988). This rule applies to both smaller purchases, like a new blender, and larger ones, including a house or condo. While the property itself will be classified as belonging to whoever purchased it, any increased equity or incurred debts of the property in question occurring during the marriage can be considered marital property and thus included in the equitable distribution. Glaspy v. Glaspy, 545 S.E.2d 782 (N.C. App. 2001). Nevertheless, even property purchased “in anticipation of marriage” is not enough to classify it as purely marital. Tiryakian v. Tiryakian, 370 S.E.2d 852 (N.C. App. 1988). Therefore, who purchases what before marriage is an issue of great concern for the ever-rising number of cohabitating couples.